Kyron Keogh, Managing Director of ROX Jewelry, interviewed Rick De La Croix for their latest edition of ROX Talks. This insightful dialogue includes Rick’s story of how he entered and excelled in the luxury watch industry, how he has pivoted business in response to the COVID-19 Pandemic, and innovations to the in-store customer experience. He also shares stories of meeting and partnerships with top celebrities like Pele, Maradona, and Floyd Mayweather.

Go to YouTube for the full length 48 minute interview.

Learn insider travel tips from CEO Rick De La Croix in this short one on one interview. Everything from his favorite luxury high end holiday destinations to his favorite commercial airlines. Get some tips for your next get away from this quintessential luxury travel expert. Read the full article on the Haute Living site here. 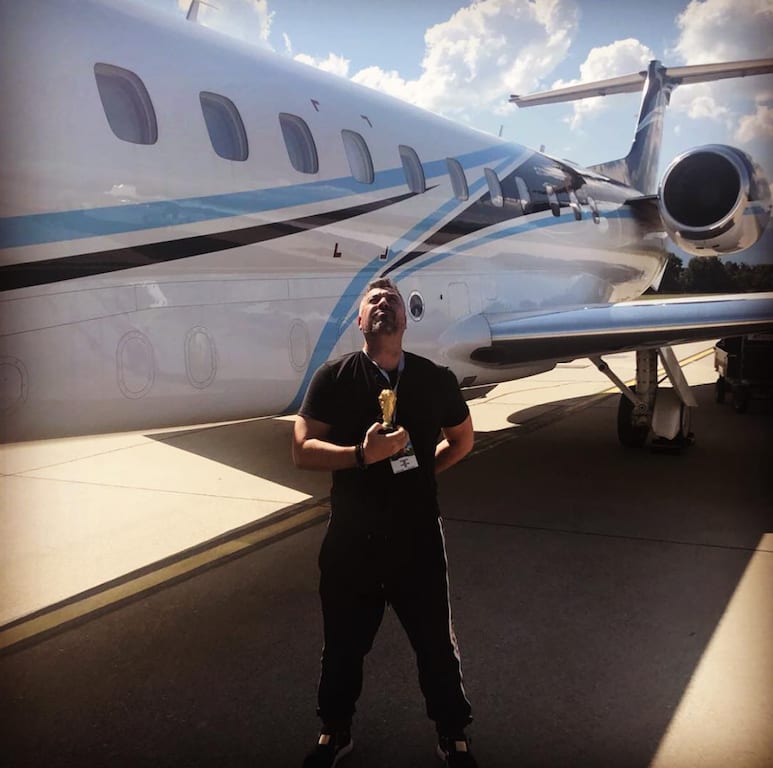 Rick de la Croix was interviewed by a prominent Colombian newspaper “La República”. Topics covered included trends in the Colombian market, the growing demand for luxury items, and classic luxury watches vs smartwatches. Rick also discusses his experience as a professional in the timepiece industry and his journey with his brand Bomberg. You can read the translated version of the article on the Ares site here. The original Spanish article can be found here. 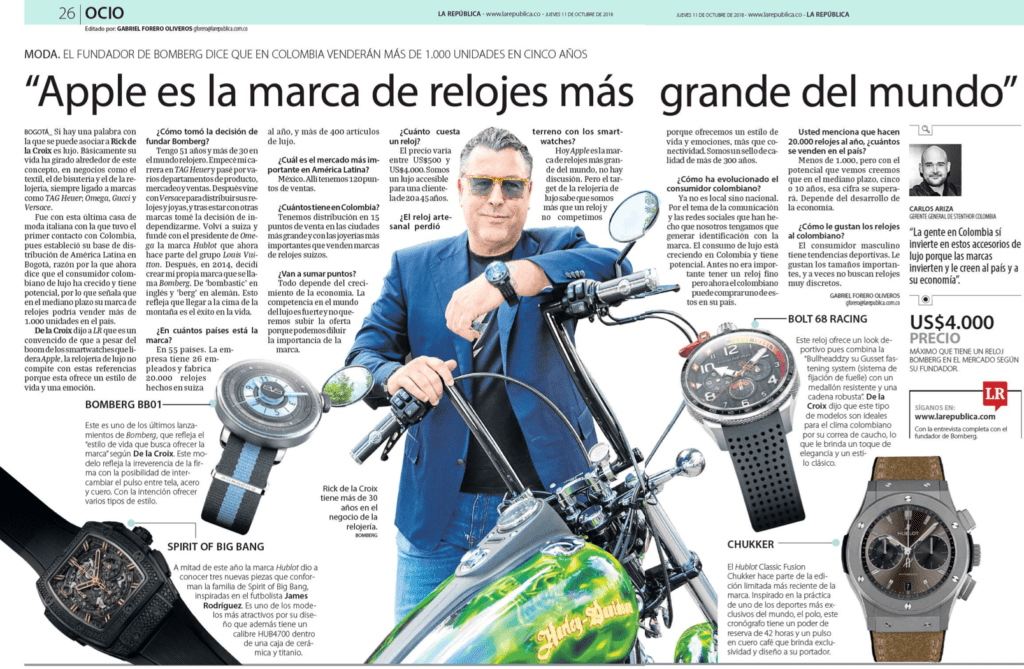 Check out this short interview with CEO Ricardo Guadalupe. Since taking over the helm in 2012, Guadalupe, with the help of friends and business associate Rick De La Croix, has been able to strengthen and grow the Hublot empire with an array of initiatives that has been able to attract a broader and younger following. Click the image below to read about his approach to brand-building and staying relevant in the digital age. 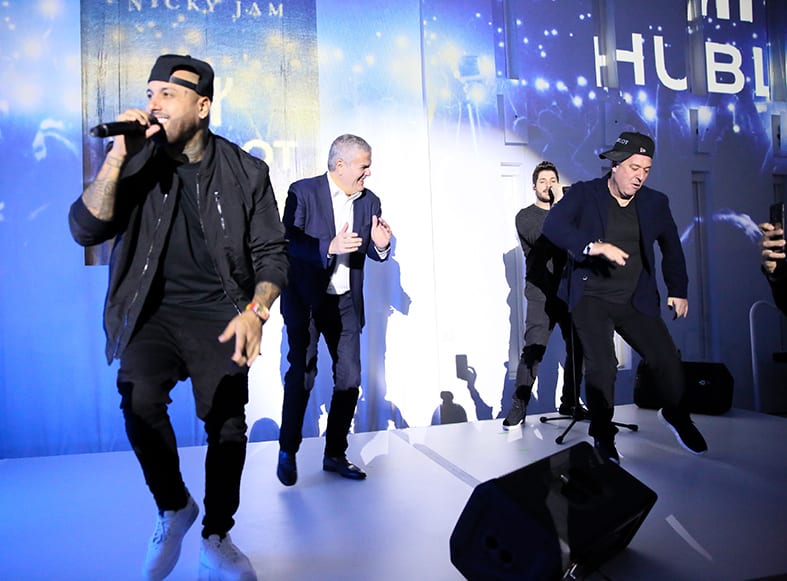 Not for seconds, not for followers. For all the leaders and risk takers around the globe.

These versatile interchangeable timepieces by Bomberg would surely be a big hit this holiday season for that special leader in your life.

The BB-01 and Bolt-68 Racing both offer unique distinct styles for Men and Women.

Read the original article and break down of both timepieces here. 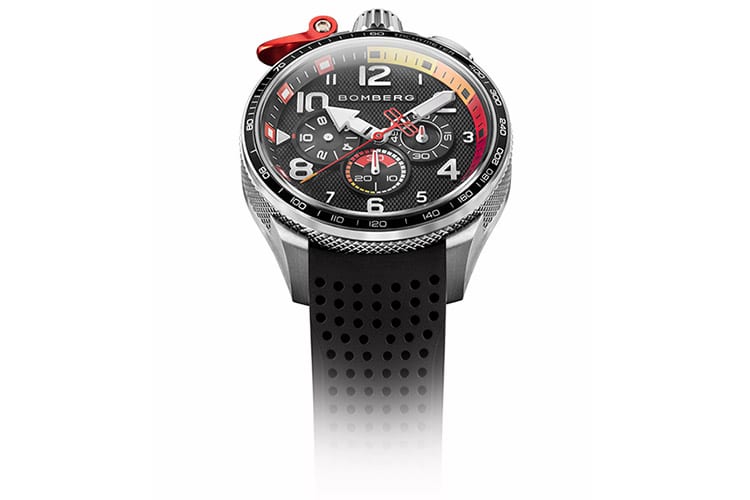 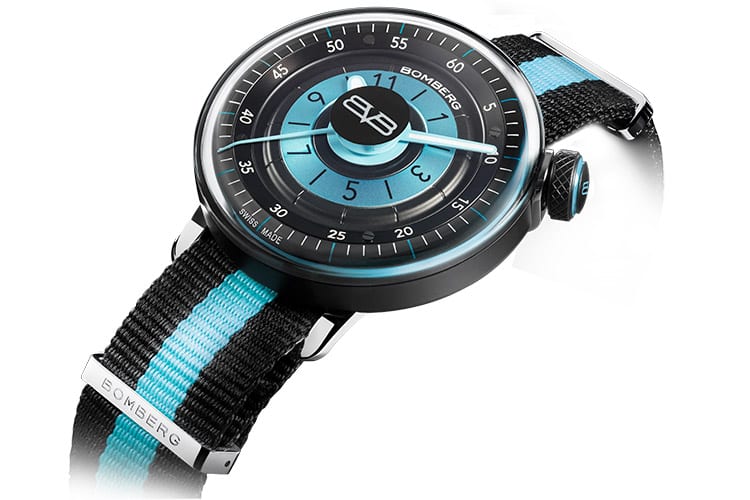 Full video clip for ‘Not for the Ordinary’ by Rick De la Croix.

Rick De La Croix always beating the odds. Bomberg watches was created for the leaders, the rebels and the individuals of the world, not the seconds or followers.

Discover Bomberg, a Watch Brand That Has Everything

Original article written by: Walter Gassire Gallegos in spanish can be seen here.

Creativity is the ability to think “outside the box”, outside of the established, according to Pieric “Rick” De La Croix, president of BOMBERG. His vision is to create and establish a brand of lifelong watches with international exposure, creating a new, unexplored market space instead of competing in an existing one; a brand that does not put much focus on potential competitors but rather on the needs and desires of the community that makes up its target audience, thus capturing demand at the time of its emergence.

The new 1968 FIXED MEN CHRONO is made primarily of stainless steel, comes in 6 different colors and combinations: red, green, blue, silver, black and all black.

The FIXED 1968 MEN CHRONO, with a 45 mm case is no exception to the rest of the collection and features a changeable strap, dependent on the mood and personality of the wearer. The strap comes in silicone or leather. The position of the button at 12:00 is a hallmark of the BOMBERG brand. 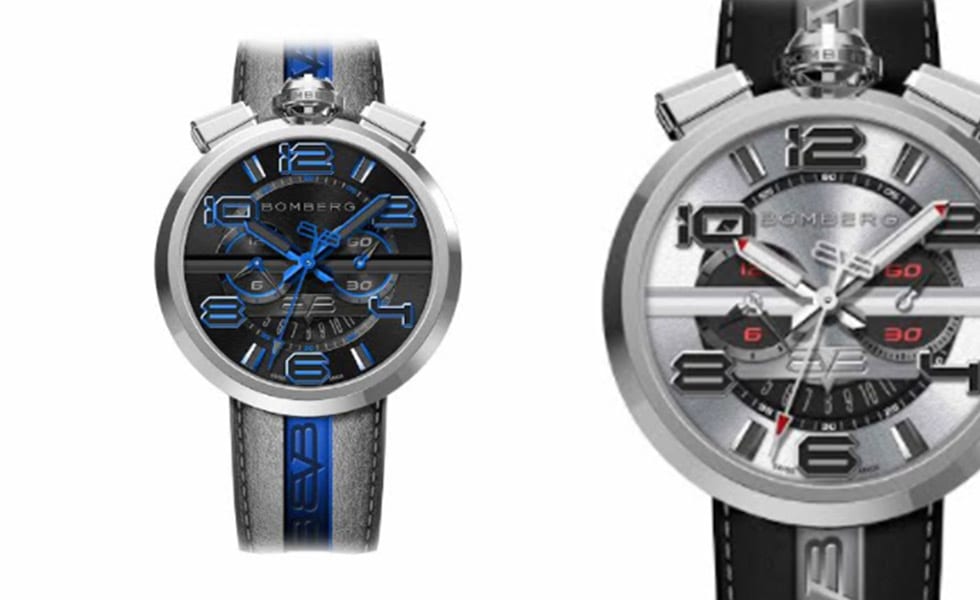 CEO and President De la Croix goes in depth on his personal journey with the luxury watchmaking industry, from international distribution to the eventual creation of his own brand Bomberg. This Watches World interview tells as. Read an English version of this interview below:

Original article can be seen here.

Bomberg: A company that says more about a person than any other, that speaks to one’s character and the decisions he makes. Oftentimes, this is what matters most, and this man is no exception.

Rick de la Croix is ​​a visionary who executes successful plans full of creativity because he knows the market. From a product point of view, what he has done is what the industry pioneers did when they launched a company. They took things to a new level, they held onto their values ​​and sought to be leaders instead of followers. Watches World had the opportunity to talk with this important character, who has had a virtuous path in horology, but who admits that there is still a long way to go… 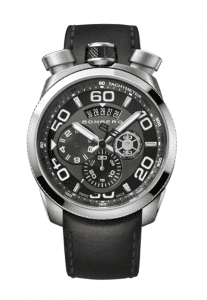 Watches World: How did your journey down this path begin?

Rick de la Croix: I have been working in the world of watches for more than 20 years. I worked in the product and market department of TAG Heuer, as well as for Corum Clone Replica Watch where I got enough commercial experience to finally start my own company in 2004, first as a watch brand distributor, and now with my own brand Bomberg.

WW: Who would be your watchmaker mentor?

RC: The first person who opened the doors to this world was Mr. William, who in the second period of the 80s served as president of TAG Heuer. Then I worked with Severin Wunderman during my time in Corum, where we were able to develop both the well-known bubble model and the Admiral’s Cup. However, my greatest inspiration has been Jean-Claude Biver, whom I consider as my friend, my teacher and with whom I started working with Hublot in 2004.

WW: Could you share more with us in regards Mr. Biver’s influence on your life and your work?

RC: It would not be good to use the word godfather, but he’s someone who has supported me; I think there are many successful people in life, but I do not think that success or intelligence is what gets you where you are, you need an opportunity, and he gave me the chance to join Hublot with him, and to relaunch it in 2004. He is a person that you learn from everyday, it’s like going to school and taking daily classes. Thanks to him I have had the opportunity to continue growing in the LVMH Group, and for that I am very grateful. 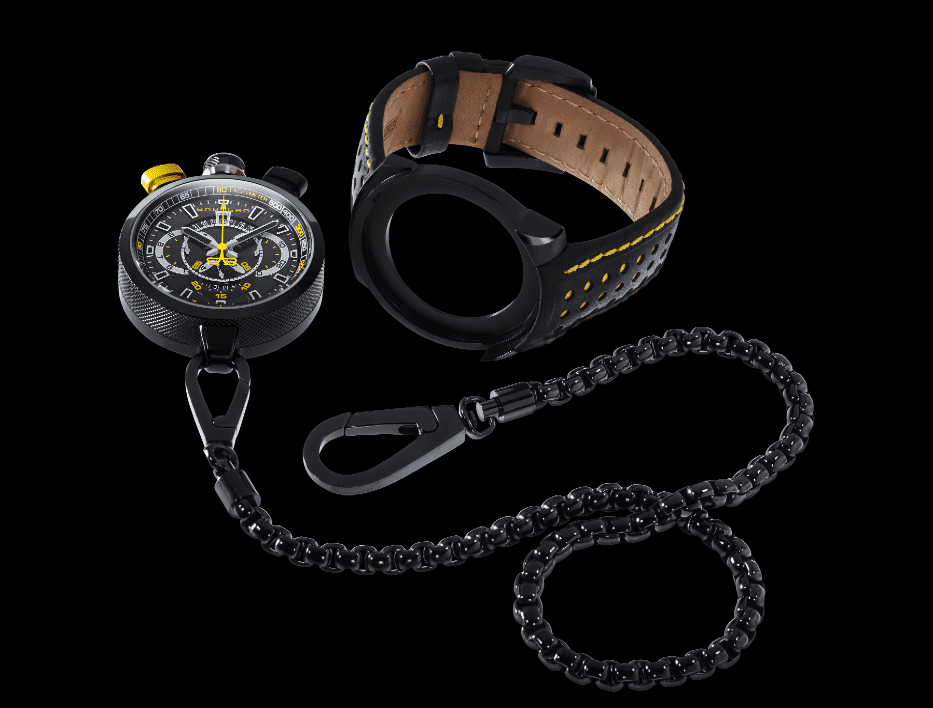 WW: How did Bomberg emerge?

RC: I was a little bored of creating watches in a defined price segment, which represents one of the first purchases of a watch. The 18 to 25 year old market segment was looking for a new brand, and there wasn’t one. There were very conservative and uncreative brands, so the young men were losing interest in watches and preferred to buy the latest gadget than invest in a watch. To reverse the situation creativity was my main goal, both at the product and marketing level, I wanted to provoke a reaction from the piece and the campaign, like a the man full of tattoos, and go in a new direction. My philosophy is “Defy conformity”, which means leaving the round, three needle watchmaking world to create something totally different.

WW: What are the advantages of Bomberg over other brands?

RC: We used the year 1968 for its revolutionary meaning (Bolt 68). This was a big year in the United States’ movement into space, and likewise as a watchmaker we’re making new movements. What I wanted to do is modify the style of wear it without losing elegance. It can be mounted on the wrist, but it can also be hung off your clothes as a pocket watch. 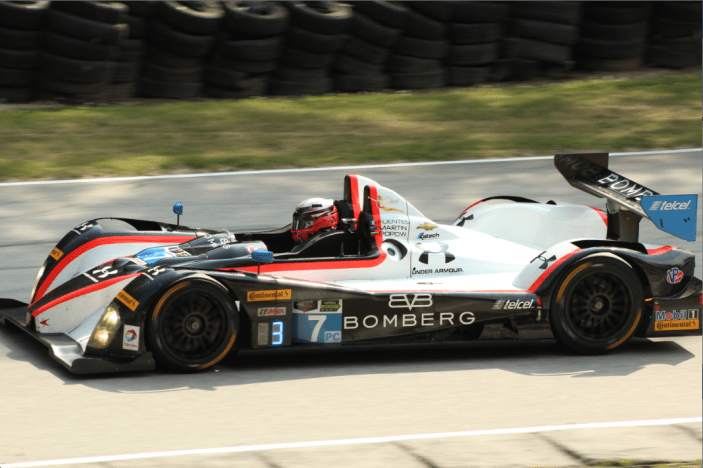 WW: What motivated your decision to change production to Swiss Made?

RC: I was educated in the world of luxury, and it’s not price that matters, but quality. So at the end of the day I felt uncomfortable making products not made in Switzerland and we modified this vision to deliver Ronda and Concept movements in quartz and automatic mechanisms respectively.

RC: Today we are present in 18 countries, with a detailed distribution work, which not only seeks to sell watches, but to generate an industry that builds up the product and the creativity of marketing. Mexico is a great example of reception for the brand, since we started three years ago and now we have 75 outlets with as strong a presence in the most prestigious jewelers as in the main department chains. 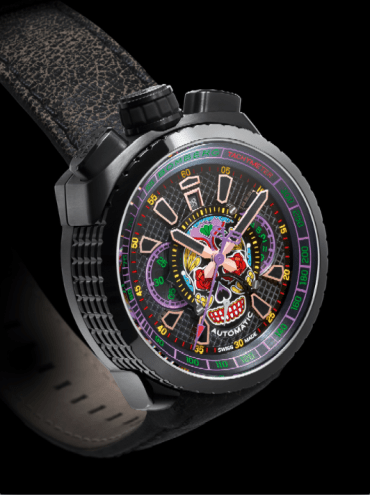 RC: Personally I think I am very lucky, I have health, I have a family that loves me, I have a team that likes to work and generate new ideas without conforming and that goes beyond the general thinking to create instruments that we are passionate about.

WW: What has been the biggest challenge in your career?

RC: Consistency, remaining independent for more than 10 years. I have a loyal team and clientele, which for me is very important. I believe that the greatest challenge does not mean to arrive, but to be consistent and maintain the humility of hard work.

WW: Have you thought about building a women’s collection?

RC: Not at first, because I wanted Bomberg to be a brand focused on men, but many women have written us and requested the creation of a watch with the spirit of the brand, a “rock & roll” style for women who do not settle for anything, so during the last 18 months I’ve been considering it.

WW: What would be your definition of luxury?

RC: It is a lifestyle that encompasses living well, being healthy, having material goods that show your personality. 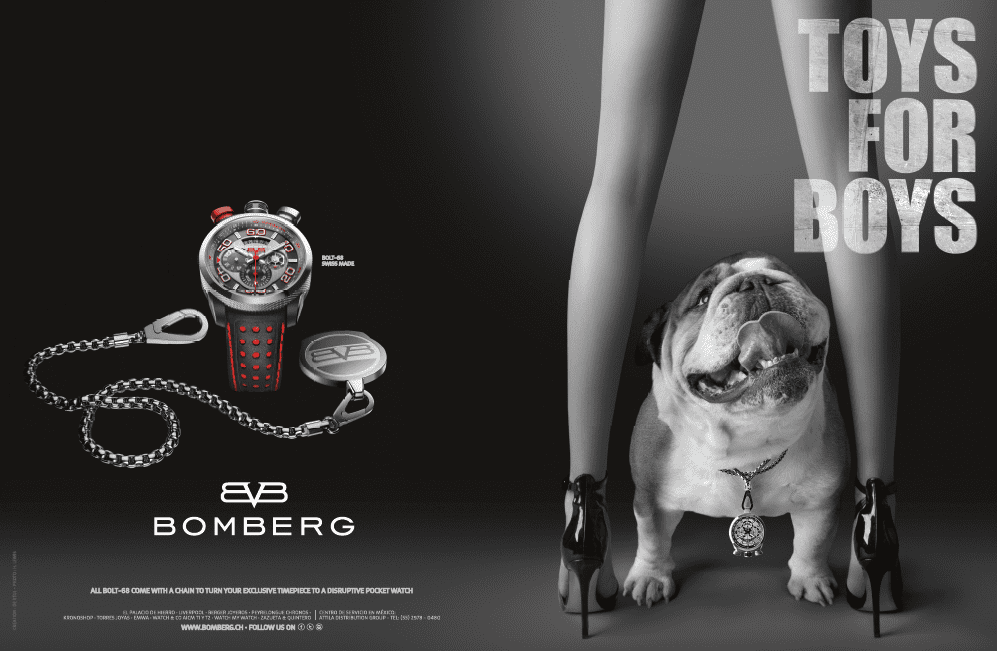 RC: It’s more than just a watch, it’s a toy for men that reads time in a different way. Its chain and bayonet system goes much further than a traditional watch, so we are sure it will be a success, because it is different, irreverent and has a daring design. 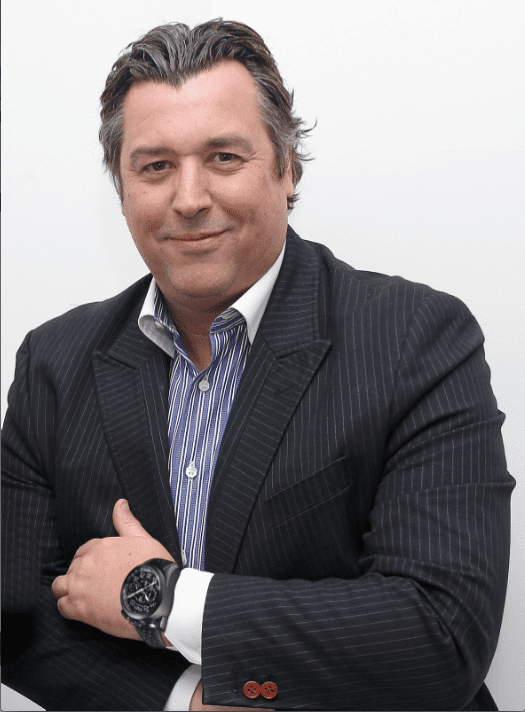 “Our vision is to create and establish a permanent watch brand with international exposure, as well as to generate a new market instead of competing in one that already exists”: Rick de la Croix, Chairman of Bomberg.