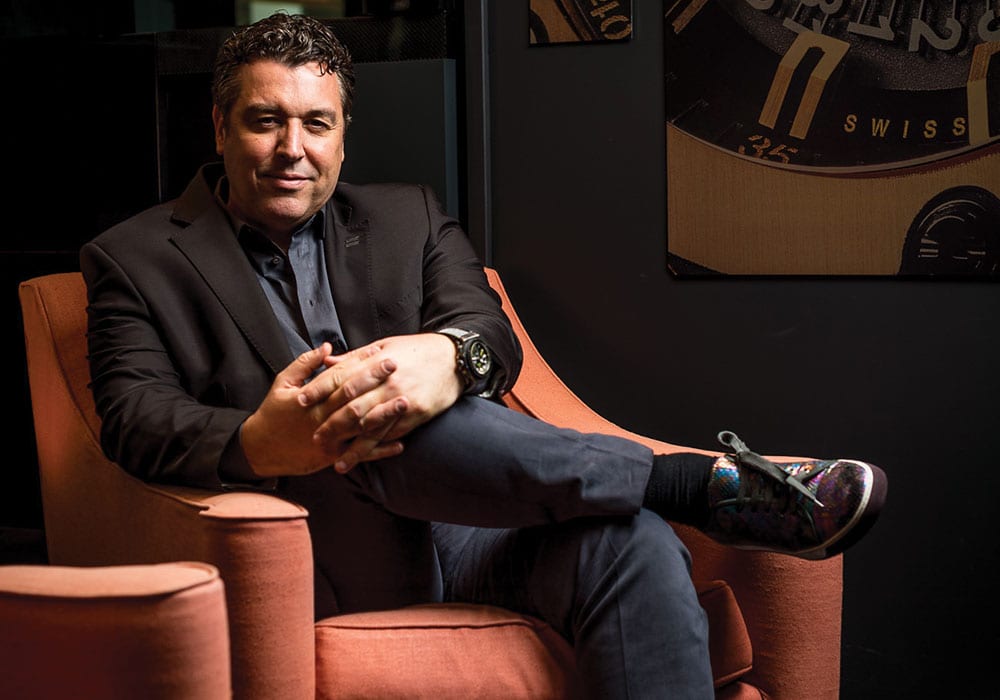 Pieric “Rick” Joel Vaucher De La Croix is a major figure in the luxury watch industry. As CEO of Ares Distributors, he operates with luxury watch brands in the U.S. and Latin America. He also founded Bomberg Watches, and is a founding distributor partner of Hublot.

Rick De La Croix studied in the International Business Development program at the University of Neuchatel, Switzerland. After graduating he went straight into watchmaking with a job at Tag Heuer, and has since accumulated over 25 years in the industry.

CEO Dela Croix was born in Pembury, England on the 8th of August, 1967. His dual Swiss/British nationality comes from his Swiss father and English mother.

After gaining valuable experience in Europe, Mr. De La Croix moved to South America. One of his important roles there was to oversee Latin American distributions of the Versace and Gucci groups.

He also worked with Hublot‘s owner Jean Claude Biver and CEO Ricardo Guadalupe to establish the brand in the region.

Since then Rick has played a key role in numerous sports partnerships for Hublot, including the Diego Maradona, the World Boxing Council, the Mexican football federations, and the Miami Heat’s Dwayne Wade.

Rick has supported a number of important charities, like the Teenage charity trust and the WBC boxing charity funds.

Today, Rick is the President and CEO of Ares Distributors, Inc. The Ares team has helped to grow the presence of luxury watchmaking brands and brought them to new levels of demand throughout the U.S., Latin America, and the Caribbean.

Ares Distributors Inc. operates with luxury various timepiece brands, including Hublot, Zenith, Romain Jerome, Graham, and TW Steel. They are based in Miami.

Keep up in touch with Rick on his Twitter page.